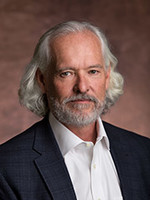 Chief Executive Officer, Director and Chairman of the Board

Mr. Croskrey has served as Danimer’s chief executive officer and a member of Danimer’s board of directors since February 2016. Mr. Croskrey is a business leader with over 30 years of experience in overseeing the strategic direction and operations of companies that manufacture and market a variety of products such as industrial lubricants, fibers, and law-enforcement gear. From 1999 to 2005, Mr. Croskrey served as the president and chief executive officer of Armor Holdings Products, LLC, a major manufacturer of military, law enforcement, and personnel safety equipment. During such tenure its annual revenue increased from $45 million to over $300 million as a result of him overseeing the acquisition and integration of 13 companies and implementing associated organic growth initiatives. Mr. Croskrey has also held senior executive positions at Allied Signal and Mobil Oil. Mr. Croskrey received an MBA degree from the Kellogg School of Management at Northwestern University. He also received a Bachelor of Science degree in Engineering from the United States Military Academy at West Point where he was also commissioned as an officer in the U.S. Army and served as a company commander, attaining the rank of captain during his six years of active duty. 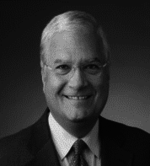 Mr. Amboian is a business leader with over 30 years of experience in mergers and acquisitions, capital management, product development, branding, and distribution for both privately held and public companies, across multiple industries. He served as Chairman and Chief Executive Officer of Nuveen Investments, Inc., or Nuveen (formerly NYSE: JNC), from 2007 to 2016. He was President of Nuveen from 1999 through 2007 after joining as its Chief Financial Officer from 1995 to 1999. During his time in leadership positions at Nuveen, Mr. Amboian participated in over 20 M&A and capital markets transactions, in addition to playing a leading role in Nuveen’s sale to an investment group led by Madison Dearborn, in 2007 and Nuveen’s sale process to TIAA (Teacher’s Insurance and Annuity Association of New York) in 2014. Mr. Amboian served on the Nuveen Mutual Funds board from 2007 through 2016 in addition to serving on Nuveen Investments’ public board from 1996 through 2007. Prior to Nuveen, Mr. Amboian was the Chief Financial Officer and Senior Vice President of Strategy of the Miller Brewing Company. He began his career in Corporate and International Finance at Kraft Foods, Inc., where he ended his tenure as Treasurer. Since 2013, Mr. Amboian has served at Madison Dearborn Partners as an industry advisor and is an Independent Director of the general partnership of Adams Street Partners, a private-markets investment firm. Additionally, since 2017 Mr. Amboian has been a senior advisor to Estancia Capital and since 2018 chaired the board of North Square Investments, a boutique asset management firm. Mr. Amboian is on the advisory board of Cresset Capital Management, a wealth management firm, and advises several small businesses on organic and inorganic growth initiatives through JA Capital Advisors, LLC. He received both his Bachelor’s degree and his M.B.A. from the University of Chicago. 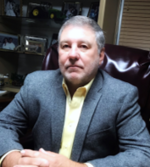 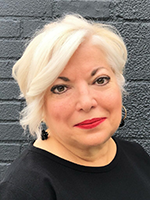 Ms. Cohen, has been a member of Danimer’s board since 2022. She is a prominent business strategist, consultant, speaker and board member for public and private companies. She is Founder and President of IMPACT 2040, a strategy consulting firm. Considered a leading authority on consumer trends and business strategy, her areas of expertise include brand positioning, strategic marketing, e-commerce and market intelligence. Ms. Cohen’s consulting clients range from global Fortune 100 companies to fast-track start-ups. She has extensive expertise in public and private company corporate governance and has served as a board member of 12 public companies during the course of her career including as a frequent member and Chair of Audit Committees.

Ms. Cohen is an advisor to many startups and emerging growth companies helping them navigate the pathway from ideation to scaling for profitable growth and ultimately a liquidity event. Many of the companies she advises are considered ESG businesses. She is also an advisor and mentor to founders in organizations supporting under-represented founders including; WOCE, Miami-Dade Beacon Council’s Small Business Xcelerator and Founders First Capital Partners. At Boston University she is the vice chairman of the Board of Trustees and sponsors the Innovation Pathway.

Prior to founding IMPACT 2040, Cynthia founded Strategic Mindshare to provide consulting services to retailers and consumer brand companies. Earlier in her career she was a Partner in Management Consulting at Deloitte. 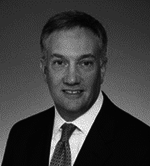 Mr. Hendrix has been a member of Danimer’s board of directors since 2020. Mr. Hendrix has served as Live Oak Chief Executive Officer and as a director on Live Oak’s board since May 2020. He has significant experience in executive leadership, corporate strategy, M&A, capital markets and corporate finance for public companies. Over the course of his career, Mr. Hendrix has worked extensively with issuers and investors focused on companies in the financial services, real estate, energy, industrial, and business and consumer services sectors. He has led dozens of initial equity offerings for founder-led and Sponsor-backed companies primarily within the banking, insurance and real estate sectors. Additionally, Mr. Hendrix has considerable experience advising chief executives, boards of directors and large shareholders regarding strategy, capital structure and capital access. He has significant leadership experience in the financial industry, having served as Chief Executive Officer of FBR & Co., or FBR (formerly Nasdaq: FBRC), a capital markets firm, from 2009 to 2017, and Chairman from 2012 to 2017. Mr. Hendrix helped FBR grow into a leading bookrunner for initial common stock offerings for middle market U.S. companies. While at FBR Mr. Hendrix oversaw the growth of the company and oversaw numerous strategic transactions while in his role as Chairman and Chief Executive Officer at FBR, ultimately executing a merger with B. Riley Financial, Inc. (Nasdaq: RILY) in 2017. Following the merger, Mr. Hendrix served as director of B. Riley Financial until October 2017. Prior to his tenure as Chief Executive Officer of FBR, Mr. Hendrix served as Arlington Asset Investment Corp.’s (NYSE: AI) President and Chief Operating Officer from 2004 to 2007 and its Chief Investment Officer from 2003 to 2004. Previously, he was the President and Chief Operating Officer of FBR Asset Investment Corporation and concurrently headed the Real Estate and Diversified Industrials Investment Banking groups of FBR. Prior to FBR, Mr. Hendrix was a Managing Director in PNC Capital Markets’ investment banking group and headed PNC’s asset-backed securities business. Mr. Hendrix is a co-founder and Managing Partner of Live Oak Merchant Partners, a merchant bank providing capital and advisory services to middle market companies across several industries. Mr. Hendrix also currently serves as a Senior Advisor to Crestview Partners, a private equity firm, since 2017 and is currently the Chairman of Protect My Car, a portfolio company of Crestview Partners that provides extended auto warranty plans to consumers. Mr. Hendrix’s affiliation with Crestview Partners began with Crestview’s investment in FBR over a decade before. In the last five years, Mr. Hendrix has also been the Founder and Chief Executive Officer of RJH Management Co, a privately held investment management business. Mr. Hendrix received his B.S.in Finance from Miami University. 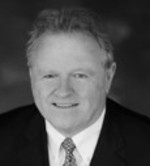 Mr. Hunt has been a member of Danimer’s board of directors since June 2019. Since May 2012, Mr. Hunt has been the chief financial officer and treasurer of Apollo Management, LP, the investment adviser to Apollo Investment Corp., a management investment company. From April 2010 to May 2012, he served as the Executive Vice President and chief financial officer for Yankee Candle Company. Prior to joining Yankee Candle, from 2007 to 2010, Mr. Hunt served as the Executive Vice President of Strategic and Commercial Development for Norwegian Cruise Lines. Prior to joining Norwegian Cruise Lines, Mr. Hunt served as chief financial officer and chief restructuring officer of Tweeter Home Entertainment Group, Inc. from 2006 to 2007 and the chief financial officer and co-chief executive of Syratech Corporation from 2001 to 2006. Prior to Syratech, he held several senior financial leadership positions including chief financial officer of NRT Inc., Culligan Water Technologies, Inc. and Samsonite Corporation. Mr. Hunt currently serves as a member of the board of directors of Kymera Corporation and audit committee chairman, a member of the board of directors of GoodWest Industries and co-chairman of the board of advisors for the University of Vermont School of Business. Mr. Hunt is a Certified Public Accountant and holds a Bachelor’s degree in Accounting with dual concentration in finance from the University of Vermont. 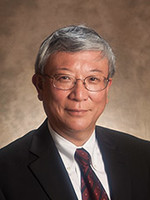 Dr. Noda has been a member of Danimer’s board of directors since 2016. Prior to joining Danimer, he had a distinguished career extending over three decades at Procter & Gamble and is recognized as one of the world’s leading authorities in the field of polymer science, including the field of bioplastics known as PHA. Currently, Dr. Noda is an affiliated teaching professor at the University of Delaware. Dr. Noda holds a Bachelor of Science degree in Chemical Engineering, a Master of Science in Bioengineering, a Master of Philosophy and a Ph.D. in Chemical Engineering from Columbia University. He earned a Doctorate in Science degree in Chemistry from the University of Tokyo. 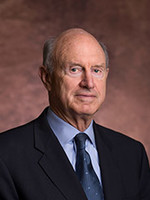 Mr. Pratt has been a member of Danimer’s board of directors since May 2015. Since 2001, Mr. Pratt has been the president and chief executive officer of the Fort Point Real-Estate Company. He also has served as the chairman of the board of Hunneman, a commercial real estate firm in Boston, Massachusetts since 2016 and previously served as its chief executive officer. In the 1970s, he was the chief executive officer of Federal Street Equities based in Houston, Texas. Mr. Pratt currently serves on the board of overseers of Boston University and is also a trustee emeritus of Boston University where he was chairman of the Real Estate Committee and served on its Audit, Academic Affairs and Finance committees. Additionally, he also serves as a trustee and chairman of the board of the Peabody Essex Museum, a director of Maritime International Inc. based in Bedford, Massachusetts and Avrio AI based in Boston, Massachusetts. Mr. Pratt received his Bachelor of Arts from Boston University. 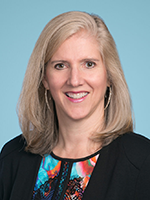 Allison Leopold Tilley joined the Board of Directors in August 2022. Ms. Leopold Tilley is on the Managing Board of Pillsbury Winthrop Shaw Pittman, has served as Chair of the Compensation Committee and Nominating Committee and is a Partner practicing corporate and securities law in the firm’s Silicon Valley office. Ms. Leopold Tilley has more than 33 years of experience advising companies on operation, strategy, governance, and risk, and advises technology companies, including on their formation, venture capital financings, multibillion-dollar M&As, public offerings, securities transactions and board governance. Ms. Leopold Tilley has extensive experience in representing both public and private companies.

Ms. Leopold Tilley previously served as a Director of FBR & Co. (formerly Nasdaq: FBRC), a capital markets firm where she was the chair of the nominating committee and a member of the compensation committee. Ms. Leopold Tilley has also served on several other boards of directors, including the Ronald McDonald House at Stanford from between 2011 and 2017, where she served as the chair of the nominating and corporate governance committee, and Watermark, where she served as a director between 2010 and 2016.